Members of the Akisqnuk First Nation are people of the Ktunaxa (pronounced ‘Too-nah-ha’) Nation, who for 10,000 years have spoken a unique language that cannot be linked to any other native language in North America. Traditional territory of the Ktunaxa includes the Kootenay region of southeast British Columbia into parts of Alberta, Canada and the American States of Montana, Washington and Idaho. 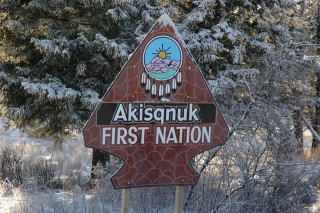 Located in an area of unparalleled natural beauty, Akisqnuk neighbours the communities of Windermere to the north and Fairmont Hot Springs to the south. Akisqnuk’s western border reaches along the pristine shores of Lake Windermere for 14 kilometres (nine miles). The band’s eastern border lies just short of the base of the Rocky Mountains.

You can learn more about us at: http://akisqnuk.org/home.