The Splatsin are the most southern tribe of the Shuswap Nation, the largest Interior Salish speaking First Nation in Canada whose aboriginal territory stretches from the BC/Alberta border near the Yellowhead Pass to the plateau west of the Fraser River, southeast to the Arrow Lakes and to the upper reaches of the Columbia River. 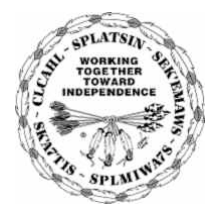 The Shuswap River was an integral transportation route used to travel from village to village and to food gathering areas of the Splatsin.  The Splatsin or ‘Spallumcheen’, the anglisized name they are commonly referred to as, are governed by an elected Chief and Council.

You can learn more about us at: www.splatsin.ca.