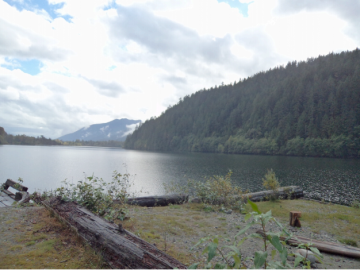 The Xa’xtsa Nation, also known as Douglas First Nations, is a subgroup of the larger St’at’imc Tribe, also referred to as Lower Stl’atl’imx. The Douglas, Skatin and Samahquam communities are related through familial ties as well as culturally and linguistically.

Xa’xtsa is made up of two communities located on Port Douglas, which is situated at the northern end of Little Harrison Lake, and Tipella which is on the west side of the Lillooet River.  The name ‘Port Douglas’ originates from the colonial period, when the town, one of the earliest to be established in mainland British Columbia, was erected adjacent to the present Xa’xtsa community in 1858. It was the starting point on the Harrison-Lillooet wagon road, also known in historic times as the Douglas Portage. It was named after James Douglas, the first Governor for the Province of British Columbia, who spearheaded the effort to construct the road.

You can learn more about us at: http://xaxtsa.ca/