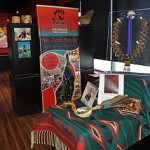 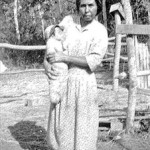 The Westbank First Nation are also known as Okanagan (sylix) people.  They are located in south central British Columbia.  The Okanagan Valley is home to Westbank First Nation, one of seven native communities that belong to the Okanagan Nation. The Okanagan (syilx) traditional territories extend from the south central interior of B.C. to north central Washington State. The syilx are a division of the Interior Salish and speak the nsyilxcən language. They have inhabited the valley for thousands of years.

Prior to colonization and implementation of the Indian Act, they flourished in their community where they thrived on hunting, gathering, fishing and trading.  Charlie Sookinchute was said to be the first chief for Westbank.  With the enactment of the Indian Act, the traditional government and social structures of the syilx people began disintegrating.

Westbank was originally part of the Okanagan Indian Band and a committee formed to strive for their independence as Westbank First Nation.  This was achieved in 1963 and they were deemed an independent band.  Westbank First Nation is proud to be on the leading edge of aboriginal people. On April 1, 2005, and after two decades of community consultation and negotiation, the WFN Self-Government Act came into effect.

You can learn more about us at: www.wfn.ca